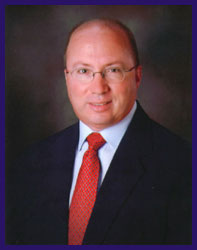 Dr. Avallone is a co-founder of Vision Center. After graduating from high school in his hometown of New Orleans, he entered Louisiana Tech University in the Fall of 1973. He subsequently graduated with honors receiving a Bachelor’s degree in Chemistry from Tech in 1978. He received his Doctor of Optometry degree from the University of Houston College of Optometry in 1983, where he was honored to receive the Bausch and Lomb Outstanding Contact Lens Clinician Award. Dr. Avallone is a therapeutically certified optometrist in Louisiana and Texas, having passed board examinations administered by the National Board of Examiners in Optometry, including the Treatment and Management of Ocular Disease (TMOD), the Texas Optometry Board and the Louisiana State Board of Optometry Examiners. Dr. Avallone practiced in Houston and Shreveport before opening practice in Ruston in November of 1985.

Dr. Avallone is married. He and his wife, Cindy, have two children – TJ and Katie. Dr. Avallone has been an active member of the Optometry Association of Louisiana, serving for many years on the OAL Board of Directors in various capacities including association president (2002 –2003). .Dr. Avallone has also been active for many years in the Ruston Lions Club. He has served in all club offices, and served as club president in 1993-94. He has also been honored as Lion of the Year in 1991. Dr. Avallone is also an active member of the U.S. Air Force Reserve. He has served on staff of the Tenth Air Force Surgeon General. He is currently assigned to the 917th Medical Squadron as Chief of Optometry Services and currently holds the rank of Lieutenant Colonel. Dr. Avallone is a Gulf War veteran. 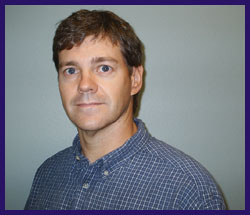 Dr. Eaton has been is practice in Ruston since 1982. He became associated with Vision Center in August of 1991. He is a native of Rodesa, Louisiana and received his Doctor of Optometry degree from the University of Houston in 1981. Dr. Eaton has been active in the community serving as president of the Ruston Jaycees, chairman of the Louisiana Peach Festival, member of various Louisiana Tech booster clubs and finds time to volunteer with Christian Community Action. He is the proud father of four daughters – Kelly, Kim, Erin, and Lauren.

Dr. Eaton is a therapeutically certified optometrist in Louisiana, having past examinations administered by the National Board of Examiners in Optometry and the Louisiana State Board of Optometry Examiners. His practice includes the treatment of glaucoma, all red eye conditions and specializes in difficult to fit contact lens.

Kurt Juncker is a co-founder of Vision Center, and a native of New Orleans. He moved to Ruston in 1981. After attending Louisiana Tech, Kurt married his high school sweetheart, Darlene Artigue, also of New Orleans. They have three children, Megan, Alana and Danny.

Kurt is a past officer of Louisiana Association of Dispensing Opticians. His community service associations include North LA State Fair, Ruston Girls Softball Association, US Jaycees and PTA. Kurt is an avid golfer and enjoys camping, water skiing and mountain biking with his family.